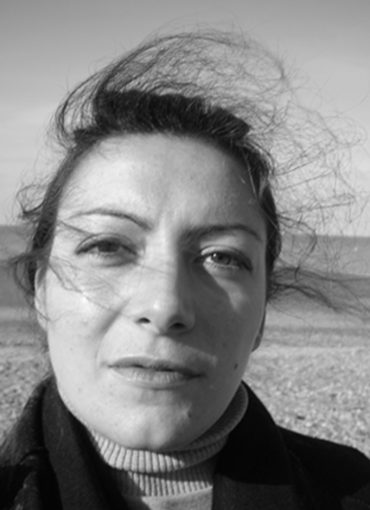 Ashtanga VinyasaVinyasa
Position:Ashtanga Vinyasa Yoga Teacher
Email:anne.or@tiscalinet.it
Biography:
Anna Nerina’s yoga journey started years ago in a very special moment of her life. She became a farmer first, achieving her desire to plant 300 pistachio trees with the biodynamic agricultural principles based on the position of the moon, planets and natural cosmic and earth forces. Continued to be very dedicated to yoga, once back in town she decided to explore deeper into her roots through an insightful Ashtanga Vinyasa teacher training course with The Yoga People. She lets yogis connect with their inner practice, look for the opening areas of the physical body to better understand and feel the energy within. Anna is a certified yoga teacher.

In the words of Pattabhi Jois, “Vinyasa means ‘breathing system’. Without vinyasa, don’t do asana. When vinyasa is perfect, the mind is under control”. Vinyasa means breathing with movement. For each movement, there is one breath. All asanas are assigned a certain number of vinyasas.

According to Sharath, “The purpose of vinyasa is for internal cleansing. Breathing and moving together while performing asanas makes the blood hot, or as Pattabhi Jois says, boils the blood. Thick blood is dirty and causes disease in the body. The heat created from yoga cleans the blood and makes it thin, so that it may circulate freely”. Sharath also claims that the heated blood removing toxins, impurities and disease from the organs through sweat produced during the practice. He claims that “it is only through sweat that disease leaves the body and purification occurs”.

Anna is a certified yoga instructor

Ashtanga Yoga is a style of yoga codified and popularized by K. Pattabhi Jois during the 20th century which is often promoted as a modern-day form of classical Indian yoga. Ashtanga means eight limbs or branches, of which asana or physical yoga posture is merely one branch, breath or pranayama is another. Both Pattabhi Jois and Sharath Jois encourage practice of Ashtanga Yoga – all eight limbs. The first two limbs – Yamas and Niyamas – are given special emphasis to be practiced in conjunction with the 3rd and 4th limbs (asana and pranayama). 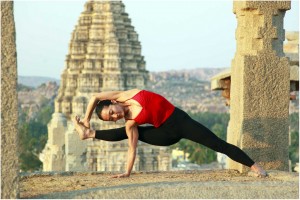 Yoga is my favourite way to pretend to work out

Ashtanga Vinyasa Yoga is a modern style of gymnastic exercises and stretching practiced in combination with yoga breathing and ancient yoga philosophy, it should not be confused with the actual historical Ashtanga Yoga of Patanjali. The Sanskrit word “Vinyāsa” refers to a transition between two different positions, and employed here, describes the process of transition between each yoga posture.